The film industry has come a long way since its inception in the late 1800s. From the early days of silent films to the blockbuster movies of today, the industry has undergone significant changes, both in terms of technology and audience preferences.

One of the most significant changes in the film industry has been the evolution of film technology. In the early days, films were shot on celluloid film and projected onto screens using a projector. However, with the advent of digital technology, films are now shot and edited digitally, resulting in a higher level of quality and accuracy. In addition, the use of special effects and CGI (computer-generated imagery) has become increasingly common, allowing filmmakers to bring their vision to life in ways that were previously unimaginable.

Another major development in the film industry has been the rise of streaming platforms such as Netflix, Hulu, and Amazon Prime. These platforms have revolutionized the way we watch movies and television shows, offering a vast library of content that can be accessed anytime, anywhere. The proliferation of streaming platforms has also led to the rise of original content, as these platforms produce their own movies and television shows.

The pandemic of 2020 also had a significant impact on the film industry, as theaters were forced to close and production was halted. This led to the rise of online streaming, as many studios released their movies directly to streaming platforms instead of waiting for theaters to reopen. While some people miss the experience of going to the theater, the shift to streaming has made it easier for people to watch movies from the comfort of their own homes.

Looking to the future, it is clear that the film industry will continue to evolve and adapt to new technologies and trends. Virtual reality (VR) and augmented reality (AR) are two technologies that are already starting to make an impact in the industry. VR allows viewers to fully immerse themselves in a movie, while AR adds digital elements to the real world. These technologies have the potential to completely change the way we watch movies and could potentially lead to new forms of storytelling.

Another trend that is likely to continue in the future is the rise of diversity and inclusion in the film industry. The #MeToo movement and the Black Lives Matter movement have brought attention to the lack of diversity and representation in Hollywood, and there has been a push for more diverse and inclusive content. This trend is not only important for social justice, but it also makes good business sense, as diverse and inclusive content tends to perform well at the box office.

One thing that is likely to remain constant in the film industry is the importance of storytelling. No matter how technology evolves or how the industry changes, the power of a good story will always be at the heart of successful movies. Filmmakers will continue to push the boundaries and find new ways to tell compelling stories that engage and inspire audiences.

In conclusion, the film industry has undergone significant changes over the years and will undoubtedly continue to evolve in the future. From the rise of streaming platforms to the incorporation of new technologies like VR and AR, the industry is constantly adapting to new trends and technologies. However, one thing that is likely to remain constant is the importance of storytelling, as the power of a good story will always be at the heart of successful movies. Coverage of film industry labor issues, such as unions and contracts 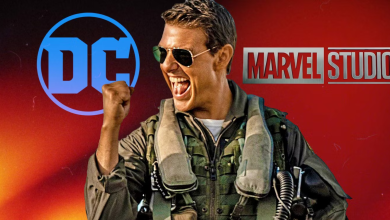 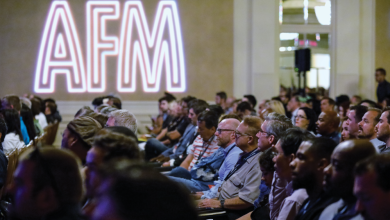 Updates on the business of the film industry, including distribution and financing